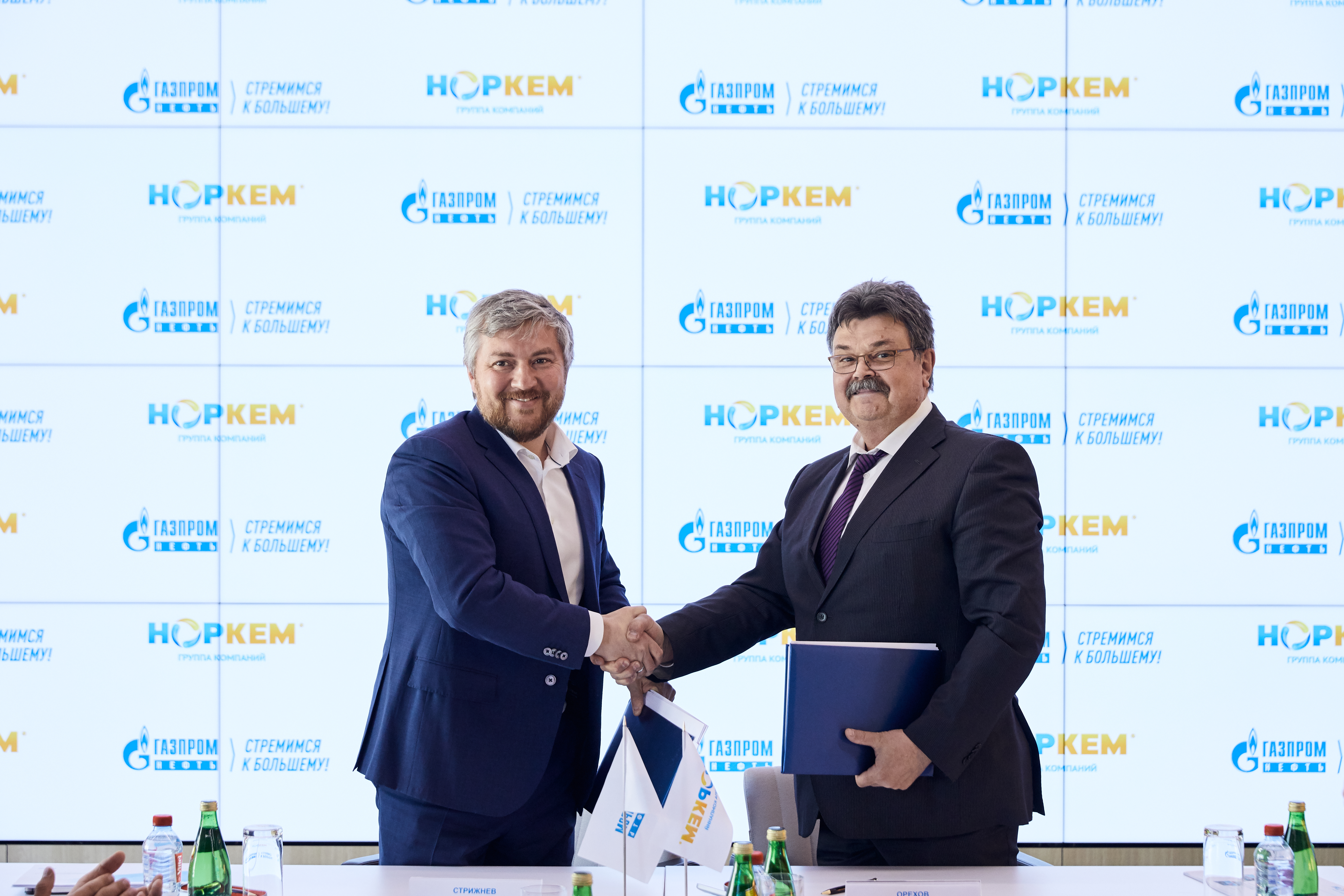 On April 15th, 2021 STC NORСHEM LLC and Gazpromneft - Technology Partnerships Centre signed a Cooperation Agreement to launch the practical development of surfactant-polymer flooding in one of the oil company’s fields.

Preliminary results of studies of jointly created compositions on model cores show a significant increase in oil recovery (up to + 19%).  This fact gives reason to expect the resumption of full-fledged production at the depleted fields of the Company with equipped infrastructure in the Khanty-Mansiysk Autonomous District.

The signed Agreement includes all the previously achieved results and provides a documentary basis for conducting experimental work at the well. Also, the Agreement confirms the trend towards deeply integrated partnerships between the two Companies, as well as the growth of competence in the development of polymer flooding surfactants.

It should be noted that the Russian oil and gas sector is an integral part of the Russian economy, and its development in the current realities requires new technological solutions. Enhancing oil recovery using modern innovative chemical methods is a top priority for both the oil producing and petrochemical industries. The solution to this problem has become possible due to complex chemicalization and new technological approaches.

Khanty-Mansiysk Autonomous District - is a federal subject of Russia, it occupies the central part of the West Siberian Plain.